How to Bluff at Poker

Bluffing Techniques Explained – A lot is made about bluffing in poker, but I don’t think it’s as prevalent as most people believe.

Understanding this when playing in a poker tournament , is a huge advantage to any poker player.  What is a Bluff? It is the opportunity to discover someone’s ‘Tell’ or hand.

A Tell is a physical or emotional response from a poker player that indicates they have either a good hand or not. The Mobile Casino Football team has compiled this “How to Bluff at Poker” guide to assist our customers online and offline.

The “Tells” vary, they may be a scratching of the head, repeated blinking, an unconscious movement or twitch…. everyone’s is unique. This is also limited further in online poker where the players do not get the opportunity to physically see each other or examine their behavior. In these cases working out a poker bluffer from someone who is about to take you to the cleaners is almost exclusively done by examining poker betting patterns, the length of time they take to make a decision and how they respond to other player’s actions.  Examples such as: raising after a flat call, re-raising following a large bet, etc.

Learning these secrets is as much about amateur psychology as it is about understanding hand strengths and game rules, but then most cards games are. It is worth investing time learning the different signals people give off through their play, and learning when to take advantage of an obvious bluffer. It also teaches you that not all people are bluffing when you think they are and so it effectively preaches the important Poker Lessons in when to lay down a seemingly good hand (remember a pair of aces as a starting hand or a low ranking straight are far from unbeatable!!) and walk away before any heavy losses are suffered.

Online poker has seen many changes over the years which have been seen by many as extremely beneficial to the game as a whole. The days of players being able to fold hands such as a top pair before the flop and still be able to generate some type of profit have long gone. Players will always find that unless they have the lead in any particular game then the action of continuing the hand with anything less than a top pair can be quite difficult and in some cases impossible.

The problem with playing poker in this way is unless you are lucky or have knowledge of something else, then doing so is an absolute guessing game as to if your opponent has your hand beaten with their own.

There are of course though three general factors that can turn this guessing game to the player’s advantage if they are able to do them the right way.

Many poker players in the modern game now tend to only call hands where they know or think their opponent has a weaker low rating pair type and is relying on taking you on the river after a certain amount of posturing and bluffing. 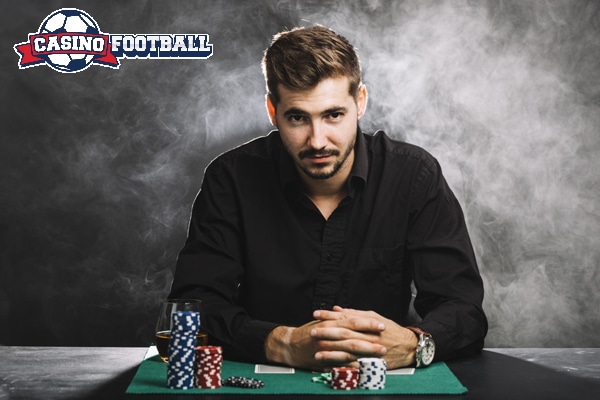 The second factor we would like to mention within the world of poker tactics is the entity of board texture. This is arguably one of the most important factors when coming to decide if you should peel the turn with another type of pair before you opponent does. Like with many things in poker ensuring that you are making the right move is essential and making sure your opponent’s boards are less than likely is key to becoming a successful and profitable player.

Check out one of the Greatest Poker Bluffs of all time below, this is Tom Dwan, who completely outplays Greenstein & Eastgate.

What else should Poker Players do?

The last issue we will discuss is the fact of outs and equity within any given game of poker, as this can be key to becoming a successful player. Players should realise that there can be an extreme amount of value in attempting to play a hand that is generally worse than a top pair if you can read your opponents next move. Players should always attempt to read their opponents which will help you know when they are likely to play certain poker hands instead of folding.

Poker players should do their best to not just find themselves calling hands and then giving up before they get to the river card just because their opponent is trying to bully them into believing they have a better than they actually do. Players should also try to read the opposition, to see if they are likely to double barrel or triple barrel any particular game. Poker players should pay as much attention to this as possible or maybe try another game like mobile roulette.

If players tend to fold any hand that should be considered less than a top pair,  then they will find themselves constantly leaving money on the table which is not what good players do generally.

Poker Players should also attempt to have a plan b when it comes to poker tactics as changing to this at the right time within any game can act as the turning point and throw your opponent.

We hope that you have found this “How to Bluff Guide” useful, please feel free to share with us any other tips you would like to share.